"As everyone knows Northbridge High Street, there is no need to describe it..."

Karen of Books and Chocolate included Northbridge Rectory in a list of books that she received for Christmas. It's one of my favorite of Angela Thirkell's Barsetshire series, due in large part to the central character, Verena Villars, the Rector's wife. Since I'm in-between books, I pulled my old Carroll & Graf edition off the shelf. It has been a while since I re-read it, and I don't think I ever noticed before how strongly Thirkell evoked Anthony Trollope in the book's first pages. The opening line is pure Trollope: "As everyone knows Northbridge High Street there is no need to describe it," though he usually says "all the world" rather than "everyone." Having asserted there is no need for description, Thirkell continues, "so we will proceed to do so."


Northbridge, a famous centre for the wool trade of the South in the sixteenth and seventeenth centuries, had gently declined ever since. It had indeed risen for a short period to eminence as a rotten borough, but now for more than a hundred years its calm had been unbroken. . . the High Street with its lovely curve is the whole town. At the upper end are the gentry houses, still in many cases inhabited by descendants of the woolstaplers or prosperous graziers who had built them three or four hundred years ago of honey-coloured stone that has weathered to soft greys and browns lightly stained with lichen here and there, the roofs made of thin stone slabs. Just where the street swings round the curve that is known to every tourist, stands the little Town Hall on its twelve stone legs . . . Beyond the Town Hall the houses are newer; late eighteenth and early nineteenth century, flat-fronted, with great sash windows on the ground and first floors . . . Here live the professional classes, doctors, lawyers, bankers, and so forth, most of whom have rooms in Barchester where they carry on the larger part of their business . . . And beyond them the street tails off into the picturesque and insanitary cottages of wood and clay, or lath and plaster, white-washed, with thatched roofs, descendants of the original mud huts of Barsetshire under the Kings of Wessex and not much changed in all those years. Bunces and Scatcherds had lived on the same spot and almost in the same house when Barsetshire was half forest . . . The church stands on a little eminence and behind it is the rectory, an ugly but commodious house whose long garden slopes to the river, while in the town itself are various chapels or conventicles patronised by the lesser tradespeople.

Then however Thirkell moves into her own style, and a very familiar setting in the Second World War. "In every war, however unpleasant, there are a certain number of people who with a shriek of joy take possession of a world made for them."


Mrs. Villars, the Rector's wife, who had come to Northbridge just before the war began, anxious to do her best with the parish work for which her husband's previous career as a schoolmaster had not prepared her, suddenly found herself, rather to her relief, quite o'ercrowded by a number of women who had during what is mistakenly called the Last War driven ambulances, run canteens, been heads of offices, of teams of land girls, of munition welfare, and had been pining in retirement on small incomes ever since. Under their ferocious, yet benignant reign, evacuee children were billeted, clothed and communally fed; visiting parents were provided with canteens; a cottage hospital was staffed and stocked; National Savings were collected; householders were bullied into Digging for Victory in unsuitable soil; other householders were forced to keep chickens which laid with reluctance and died with fervour of unknown diseases; stirrup-pumps were tested; blackmail in the shape of entertainments to provide comforts for every branch of the services at home and abroad was levied. In fact, as Miss Pemberton said, If the Government had shown the same Team Spirit as Northbridge the war would have been over long ago.

I think this is the only book where Mrs. Villars plays a major part, though she has a cameo in another of my favorites, Jutland Cottage. I think it's also this book that introduces us to the wonderful High Church priest "Tubby" Fewling, as well as Mrs. Turner and her nieces, who run the communal kitchen. And then there is probably the most obnoxious character Thirkell ever created, Mrs. Spender, whose husband the Major is billeted at the Rectory. (Of course the Bishop of Barchester and his wife might give Mrs. Spender a run for that title, if we ever met them in person.)

The problem for me is that I can never stop with just one of Thirkell's books, particularly those set in the war years. 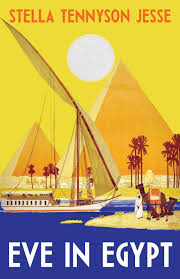