January was bad for my bookish resolutions. It started off slowly, and then between Margery Sharp and Willa Cather, I just gave into temptation. Because of the Triple Dog Dare, I won't be reading any of these straight off. So I thought I'd write about a few - not all of them, so I don't have to confess the "demn'd total," as John Brooke and Mr. Mantalini say - just the highlights.

Patricia Wentworth has become one of my favorite comfort reads, and I've nearly worked my way through that section of the TBR shelves. Fortunately it is pretty easy to find decent used copies on-line, at reasonable prices. I'm still looking for some of the earlier books, to fill in the gaps. From the title and the back-cover blurb, this one is at the top of my reading list. 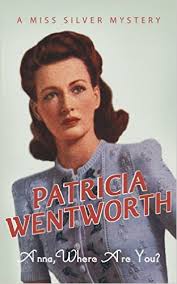 Wentworth does however lose points for a heroine named Thomasina. That is a cat's name! (Isn't there a cat in the Anne of Green Gables series with that name? I thought it was in Anne of Island, but those cats are Rusty, the Sarah-cat and Joseph.)

Jane's Margery Sharp celebration introduced me to several new books of hers, and reminded me of others that I've been wanting to read. This has been at the top of the list: 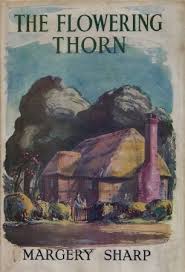 The only copies I could find on-line were out of my price range. But ABE led me to a different search engine, which led me to Ebay - and there was a copy available. A first American edition, lacking a dust-jacket, and just outside my price range. I splurged. It arrived today, a little faded and battered, but a good clean copy, as the booksellers say. It is a Little, Brown edition, which clearly says "First Edition." But the U.S. edition must have come out after 1948, because the list of Margery Sharp's books includes The Foolish Gentlewoman. A nice little puzzle to investigate when I have time. And meanwhile I have others of her books already on the TBR stacks and eligible for the Dare.

Having cleared Willa Cather's Death Comes for the Archbishop off the TBR shelves after who knows how many years, naturally my next step was to go out and acquire more of Willa Cather's books. I made a list of those people recommended, but these two that weren't on the list also caught my eye:

As you can guess from the cover, One of Ours is about a young American in the Great War. I'm interested to compare Cather's writing on this with Dorothy Canfield's. Shadows on the Rock is another work of historical fiction, about Quebec in the 1690s. (I didn't neglect "the Prairie trilogy," which was unanimously recommended.)

Moving into the 21st century, I've been meaning to read more of N.K. Jemisin's books, and this one looks most exciting: 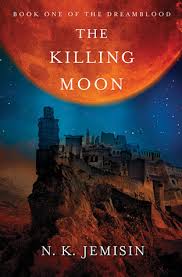 Finally, two books that I came across just browsing and immediately grabbed: 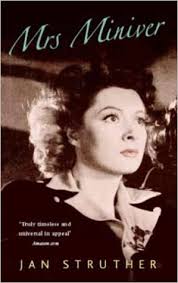 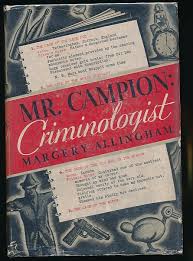 I left a copy of Mrs. Miniver on the shelves at Half Price Books years ago, and I've regretted it ever since. I didn't actually find the edition above, with Greer Garson on the cover. But I can't complain about a first U.S. edition for $5, even if the dust jacket is missing. The second book I really waffled over. I found it at Half Price Books, but I thought the $35 price was a little high, even for a hardback with a good dust jacket. Realistically, though, I was probably sold from the time I took it off the shelf, telling myself I'd just carry it around while I thought about it. ("I can put it back anytime" - famous last words.) When the clerk was ringing my books up, he told me this was originally priced at $150, so now I can feel I got a bargain. I've seen it in the lists of Margery Allingham's books, but I've never come across a copy. It includes "Seven important episodes from the case book of ALBERT CAMPION," with a note that they "have been set down by his private secretary, Miss Margery Allingham." The first is "The Case of the Late Pig," but I have that as a separate book.

Maybe I will give up buying books for Lent. (Which doesn't start for another week, now that I think about it.)
Posted by Lisa at 8:52 PM